Select documents released by the New Jersey Governor's Office, Office of Intergovernmental Affairs contain election and political party affiliation data for individual towns in the state, suggesting that the Office of Governor Chris Christie was compiling data which has an unambiguously and principally political nature and purpose.  These documents, being compiled, maintained and possessed by the Office of the Governor, are clearly "public documents" and thus subject to review by the public.


Look at the page header in the pictures below. Then ask the simple questions:

Why is the Office of the Governor compiling these documents?

Why is the Office of the Governor -- on the taxpayer's dime -- tracking election results?

As for the third picture, what exactly is the public interest, the nonpartisan interest, in the Office of the Governor tracking vote totals for candidates divided by party?

Why is the Office of the Governor tracking voter turnout? 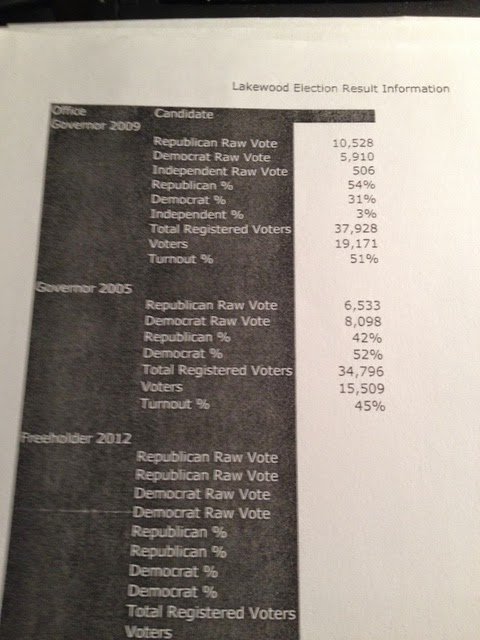 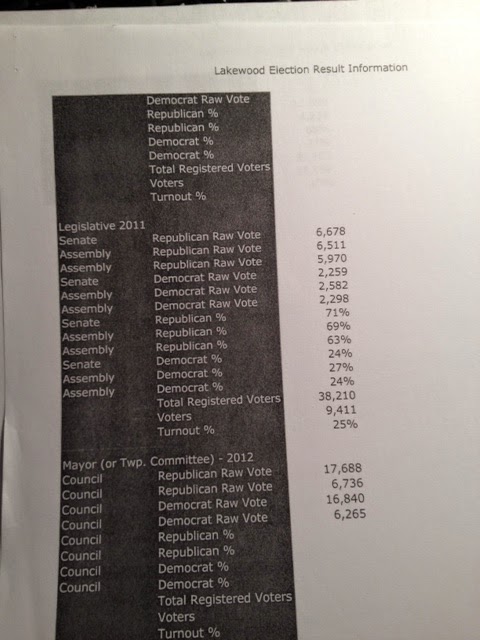 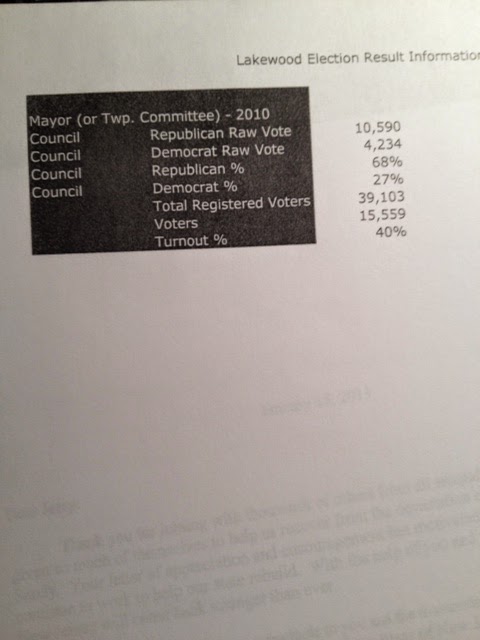 These documents were released pursuant to a preliminary agreement and a court order in ongoing litigation involving my client, who has sued the Governor's Office under the New Jersey Open Public Records Act to get these documents.  (See the press release I posted in March 2014.)  The documents were originally requested in January 2014. (For more of my other commentary on this story, see here and here.)

The vast majority of responsive documents are still not being released. The litigation is ongoing. The docket number for the case of Serringer v. Office of the Governor is MER-L-00563-14.

I argue that the release of even a tiny fraction of public documents acts as a State admission that the requested documents are disclosable under OPRA as public documents.  The question now remains as to why the remainder -- which can be substantial -- are being kept from public view.

The content of the pages pictured above may give a clue as to the answer.