Jon Corzine in Danger of Criminal Charges For False Testimony

The chances of former MF Global CEO Jon Corzine (D-Goldman Sachs) being criminally charged have  never been higher. A memo released by congressional investigators points to a contradiction between Corzine's "direct instructions" (as alleged by an underling) about the transfer of $200 million in customer funds, and his congressional testimony about either not remembering, not recalling or denying the company's use of segregated customer funds for its own operating costs. (See the last full paragraph of page 3 of the memo.) 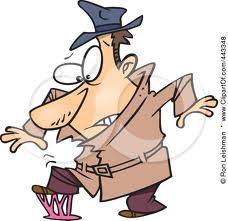 I was among the first to predict, at the beginning when the MF Global implosion first broke, that Corzine risked indictment, prosecution and ultimate imprisonment, not for financial crimes (which have not been proven and are only suspected by the federal government; a criminal investigation is ongoing) but for obstruction of justice stemming from any "false statement" he could be accused of having said in his Congressional testimony last fall.

The contradictions between that memo and his testimony, without more, could prove the basis for an obstruction of justice charge arising from false statements.  That is, of course, in addition to any other crimes that might be provable.

Eric Dixon is a New York business lawyer who handles investigative matters, securities and regulatory compliance and other matters.  Mr. Dixon is on the board of directors of the financial think tank Financial Policy Council.  Mr. Dixon is also an expert election lawyer and regularly represents candidates for public office, political party committees and other nonprofit organizations.