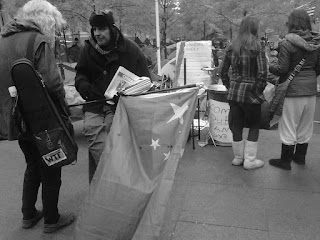 Reports indicate protestors will be allowed to resume the sleepover once the park is cleaned.

Police personnel apparently surrounded the park and moved in after 1am.